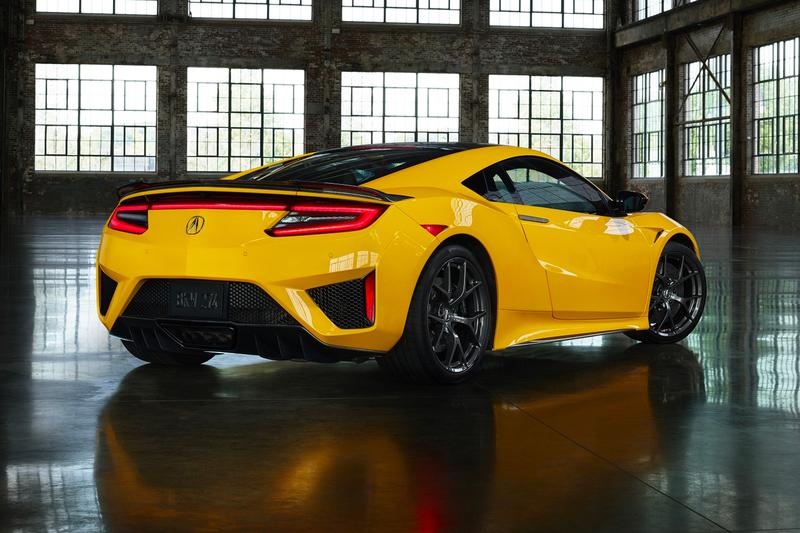 The Honda NSX acts grandmother in the GT class , it still remains completely in the race with a line that seems timeless and especially an advanced design. In the world of modding is also a very valuable and the prey of many fans. The version presented is a full realization tuning, with a particularly sharp receiving mechanical reinforcement of a supercharging system for a power of 322 horses announced. To digest this power the chassis receives a number of bars and reinforcements shareholders adjustable suspension kit. The grip is optimum with Toyo Proxes mounted on rims 18 inches on the front and 19 inches at the rear.

The brake is on top with a large diameter kit. The interior receives its share of changes with the presence of Bride seats, a pair of Takata harnesses and a Sparco steering wheel. So much for the sport, and for the comfort. The alpine multimedia system takes place, although supported by the presence of a Playstation. The body receives various additions giving the coupe a look Japanese enough pretentious. 100% carbon fiber hood is attached to the wing particularly prominent.

Moving on to Mitsubishi

I love the Mitsubishi Lancer Evolution 7, less aggressive than 6 and less sophisticated than the 8, it represents to me the balance. Obviously the original is good, but with preparation it better! Preparer and Development RC cars like sharp, as we have already seen a Nissan Micra for as little unusual. It retains the same color with a blood-red dress, but it goes much further. Indeed, the announced power of 550 hp hurts. To achieve such a result the block is bored in 2.4l, with a special crankshaft and forged pistons and connecting rods .. On a block supercharged horses to win, obviously, it makes a big turbo .. but most of the pressure, the hybrid wind has 2 bars, the heat exchanger and its circuit are obviously strengthened. To digest this power, the fund receives a number of reinforcement Cusco , combined with an adjustable suspension and brake heavily optimized.